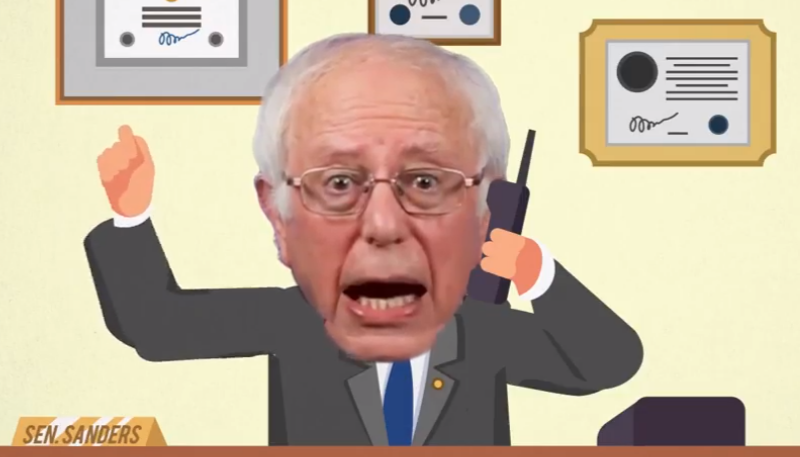 Amazon’s recent decision to raise its starting pay rate to $15 an hour–responsive, in part, to pressure from Vermont Senator Bernie Sanders–generated controversy from an unlikely group of protesters: The company’s employees.

“Why Some Amazon Workers Are Fuming About Their Raise,” wrote the New York Times. “The company says everyone wins under the new system” but “not every worker sees it that way,” reported the Huffington Post.

The angry employees pointed to two policy changes that left them in a less-than-prime mood: First, the new $15 wage was paired with the elimination of a coveted monthly performance bonus, as well as the loss of a company stock perk; second, some viewed the raise as unfair to more-experienced employees who weren’t receiving the same relative pay increase as new hires. The employee anger was so intense that Amazon was forced to subsequently modify its proposed raise to mollify these concerns.

In a new video, we dramatize the Bezos and Bernie exchange about the Fight for $15–and speculate on the future consequences of Amazon’s decision to devalue productivity and its more-senior employees..

In truth, we hold no ill will against Amazon for bumping its starting pay scale. The company is free to pay what it wants; indeed, the company’s decision to raise wages independent of a government mandate is more proof that such a mandate isn’t needed to boost pay. Many other companies have preceded Amazon in raising their own pay scales, and Bureau of Labor Statistics data shows that the percentage of people earning the minimum wage is near a historic low.

But Amazon got it wrong by pairing its announcement with a pledge to lobby for a new wage mandate on its competitors. That might get the retail giant some back-pats from Senator Sanders and his allies, but it makes it that much harder for the next Jeff Bezos to get started. Next time, the company should spend less time looking for plaudits from the left–who will never be satisfied, anyway–and more time crafting a wage and benefits policy that doesn’t upset its workforce.

99% of “Arkansans for a Fair Wage” funding from outside Arkansas