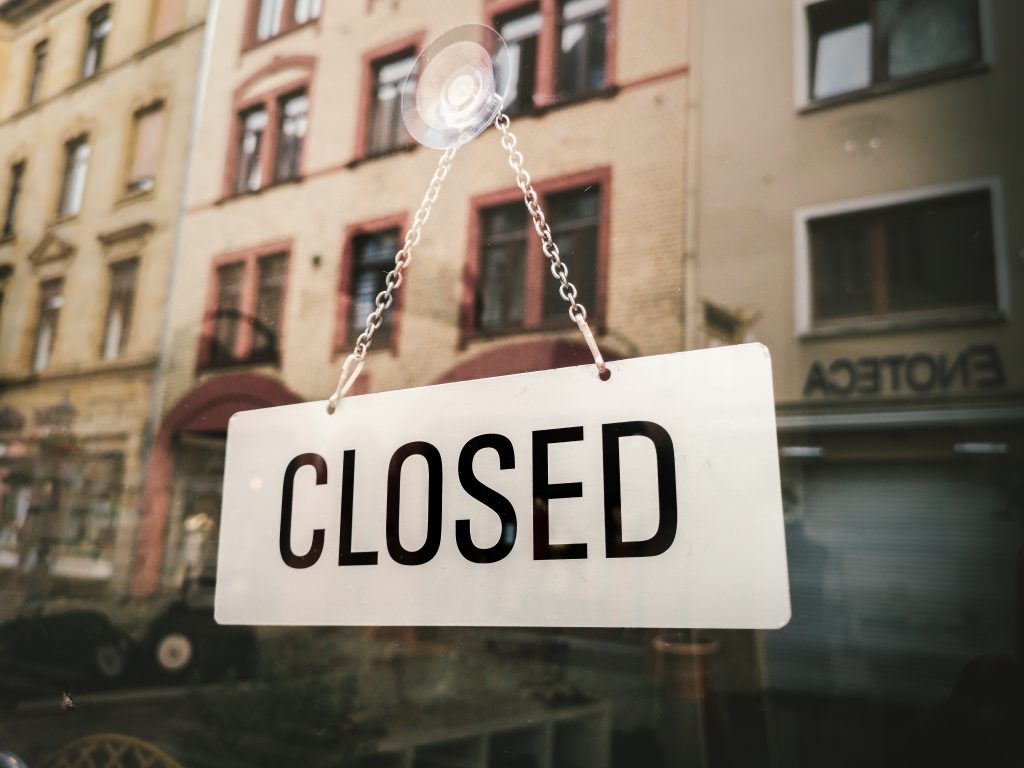 In a recent blog post, a team of researchers at the Federal Reserve Bank of New York conclude that the state’s experiment with rapidly-rising minimum wage levels had “no discernible effect on employment.” The researchers draw this conclusion after comparing “leisure and hospitality” employment in bordering counties between New York (where the minimum wage was rising) and Pennsylvania (where it wasn’t).

At EPI, we have tremendous respect for the civil servants at the Federal Reserve. But that doesn’t mean they’re infallible. In this case, the authors got their conclusions wrong.

The Fed researchers’ problem starts with their use of too-broad a measurement category–“leisure and hospitality”–to detect minimum wage impacts.  Consider: The most severe increase in New York’s minimum wage over the time period studied was a 50 percent increase in the tipped minimum wage, which occurred December 31st, 2015.  In the relevant counties in New York (see methodological note below), full-service restaurant workers represent just one-third of “leisure and hospitality” employment on average; in one county, tipped workers are just a fraction (13 percent) of total “leisure and hospitality” employment. To borrow a cliche, identifying the impact of tipped wage increases using this approach is like searching for a needle in a haystack.

A more-focused analysis would focus on full-service employment levels and establishment counts for the counties in question. Such an analysis yields very different conclusions. 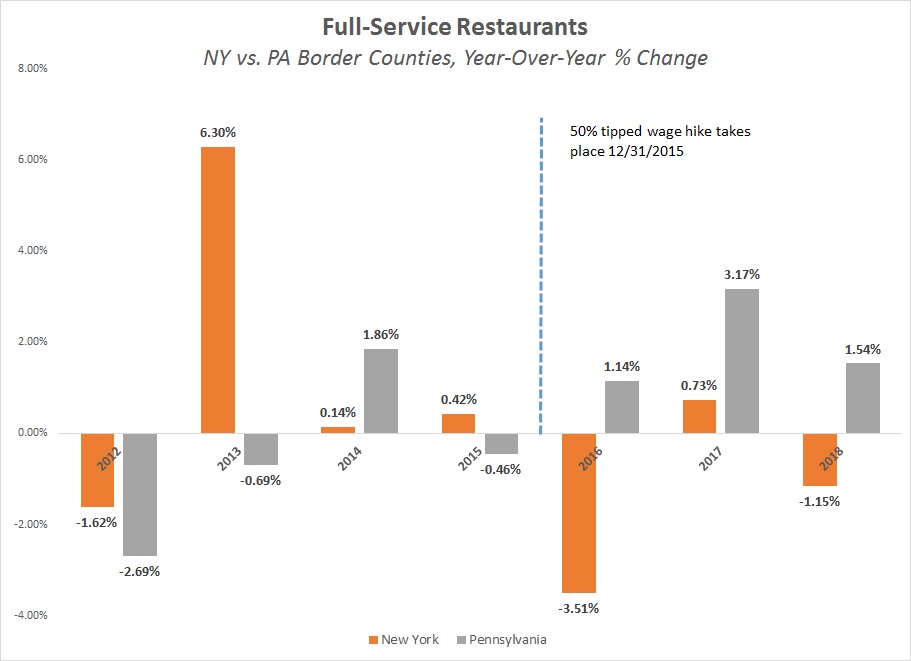 These data shouldn’t be the final word on New York’s minimum wage experiment. Entire professional careers have been spent studying the impacts of minimum wage, with economists arguing how best to control for factors unrelated to minimum wage that could have influenced employment. But it’s unwise and more than a bit irresponsible for the New York Fed to draw sweeping positive conclusions about the state’s minimum wage experiment, when a closer look at the data suggests serious reason for concern.

Note on the methodology: For this analysis, EPI used county-level employment data from the Quarter Census of Employment and Wages. (EPI has previously raised concerns about irregularities in 2017 QCEW data for New York.) EPI obtained data for a set of seventeen comparison counties on the New York-Pennsylvania border. In Pennsylvania, this included the following counties: Bradford; Erie; McKean; Pike; Potter; Susquehanna; Tioga; Warren; and Wayne. In New York, this included the following counties: Allegany; Broome; Cattaraugus; Chautauqua; Chemung; Delaware; Steuben; and Sullivan counties. EPI omitted Tioga County, NY, from its analysis because the relevant data was not disclosed in one of the years in question; its inclusion would not meaningfully change the results above. EPI also omitted Orange County, NY, from its analysis; while the Fed team treats Orange as a contiguous county, it only shares a small section of its border with Pennsylvania. (Most of the county border is shared with New Jersey.) In a separate analysis, the Empire Center–a think tank based in Albany–pointed out other reasons why the inclusion of Orange County is inappropriate.