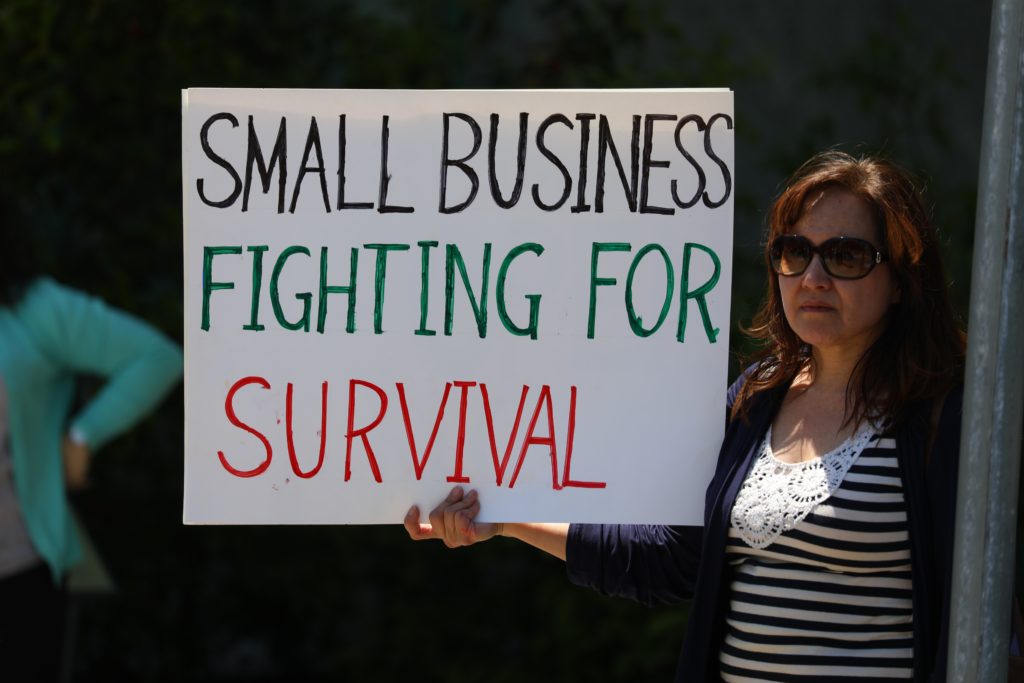 Do you love your small local businesses? With the holiday season approaching, now is the best time to support them. The best gift you can give them and their workers? Help them stay afloat by opposing a national $15 minimum wage.

There’s a lot of good data on why $15 is a bad idea for small businesses and their workers in normal economic times. In the aftermath of COVID shutdowns, increasing labor costs by as much as 107 percent will have even worse effects, resulting in job and income loss for workers and possible shutdowns for small business employers.

But behind the data, the economic consequences have real stories.

We at MinimumWage.com were recently reminded of how the consequences of rapidly rising minimum wages hit close to home. In Massachusetts the state minimum wage has been increasing by $0.75 every year since 2018, and will continue until it hits $15 in three years. A college student whose family owns a small seasonal ice cream shop there explained to us the impact of $15 on small family-owned businesses like her family’s:

“We have had to deal with and adapt to an ever increasing minimum wage…As a business that hired 95 minimum wage employees this past season, most of which were teens working their first jobs, the growing cost of labor is a very big concern for us. Labor costs are our biggest expense besides the cost of goods.”

The Fight for $15 movement began as a strike against employers “making billions of dollars in profit” like McDonald’s. Yet today, advocates for $15 are pushing to impose their demands on all businesses – regardless of their size or revenue. Analysis of Census Bureau data suggests that 40 percent of minimum wage earners are employed by businesses with 50 or fewer workers.

“[People] don’t see the small businesses who already face stark economics without the growing weight of an increased minimum wage,” she says about her family business’s plight.

This is not a unique experience. Small business owners across the country have become the faces of $15 – forced to reduce their payroll by cutting jobs or hours, or shut down altogether. Earlier this year, we highlighted a similar story in Connecticut, where Mary Beth Nardella is struggling to keep her childcare center open and employ her teenage workers after the state passed a $15 minimum wage. The FacesOf15.com project documents important stories like these across the country.

Eight states and various cities have already enacted plans to reach $15, and have provided case studies on the harmful effects for businesses and workers. A national $15 wage would only bring these consequences to states where voters have not elected to raise their wage to $15.

For the past few years, the Saturday following Thanksgiving has been dubbed “Small Business Saturday” – an effort to support small, local enterprises through end-of-year sales. Yet the movement of the $15 minimum wage poses a great threat to small businesses, and the negative consequences for businesses and workers will outlast this year’s holiday shopping. To support struggling small, family-owned businesses, state and federal policymakers should ditch the Fight for $15’s demands.