Today, the Employment Policies Institute (EPI) took out a full-page ad in Roll Call warning lawmakers on the consequences of eliminating the tip credit, as Sen. Bernie Sanders’ Raise the Wage Act would do. Tipped workers nationwide have actively opposed legislation to change the tipped minimum wage. But economists are skeptical, too. As the ad explains, the best research shows that a higher tipped wage leads to fewer tips, an increase in restaurant closures, and fewer job opportunities for tipped workers. 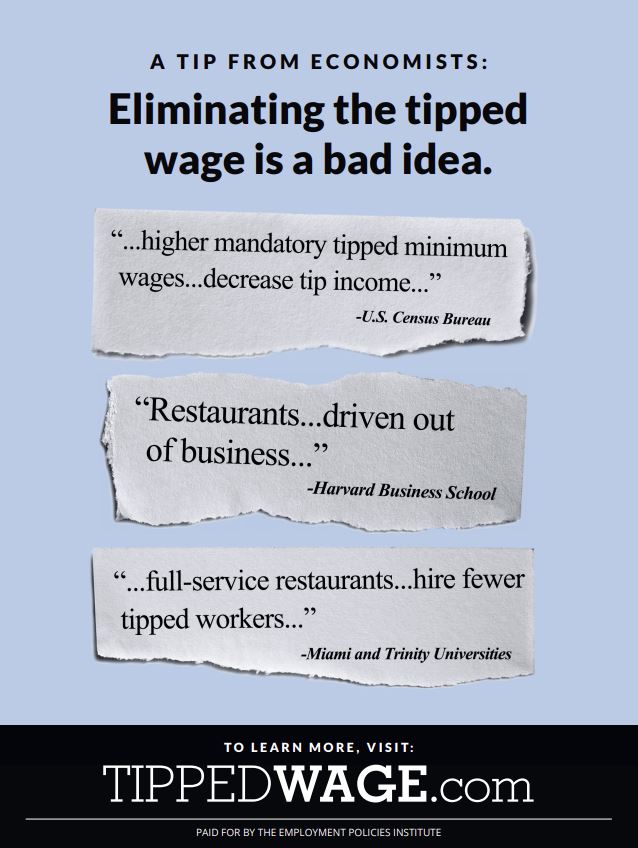 The ad highlights the following findings from economists across the country:

EPI has launched TippedWage.com to refute common myths on the tipped wage. Earlier this year, EPI released a detailed policy brief in support of the tipped wage, which also includes a history of tipping, failed experiments to end tipping, and employees’ advocacy to save their tips. Another project, OurIndustryOurVoice.com, features servers and bartenders from around the country who support the tipping system.