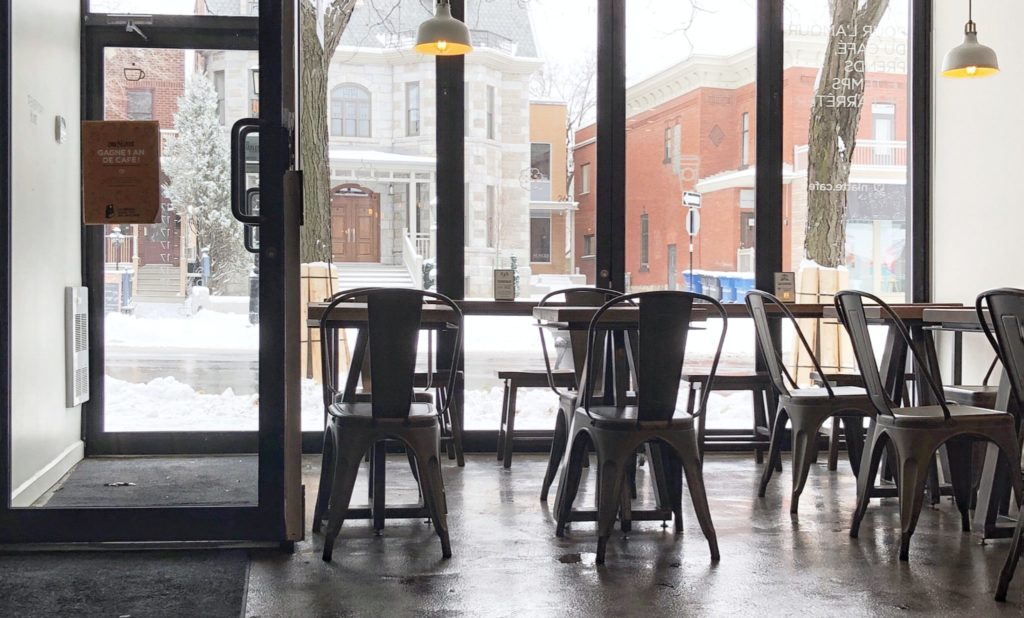 As the Virginia race for governor heats up, Democratic candidate and former Governor Terry McAuliffe is doubling down on his platform to speed up the path to hit a $15 per hour state minimum wage.

The state has already enacted a path to $12 per hour, with potential to reach $15, but ramping up the timeline will only magnify negative consequences for employers and their employees.

To be clear, the state legislature has only officially approved a minimum wage increase to $12 per hour by January 2023. The legislation, passed last year, makes room for potential increases to reach $15 per hour in 2026, but only if legislators vote to approve the increases by July 2024.

McAuliffe’s proposal would drastically accelerate this timeline, skyrocket the wage requirement, and circumvent the legislature’s current approved plan. In a statement earlier this year and echoed by recent tweets and a since-deleted tweet this week, he proposes raising the wage to $15 by 2024. 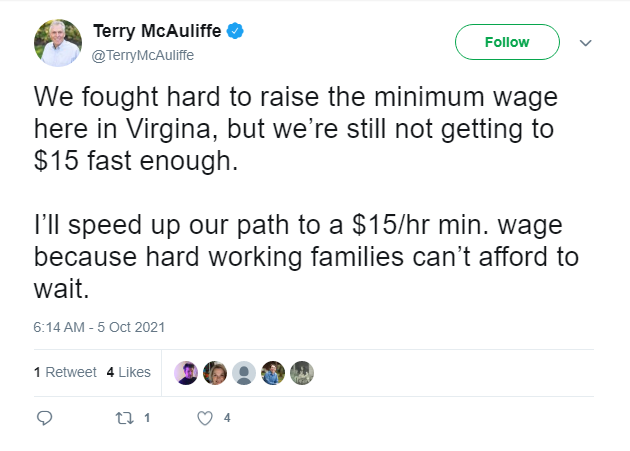 The legislature’s decision to potentially more-than-double the current minimum wage to $15 per hour by 2026 will already cost Virginian businesses and employees. A study by economists from Miami and Trinity Universities broke down the impacts of a $15 minimum wage mandate by state: such a mandate will kill more than 47,000 Virginian jobs.

Recent studies further solidify that large increases, such as McAuliffe’s which would double the minimum wage in nearly half the time of the legislature-approved plan, would result in significant job loss and stunt employment growth for minimum wage employees.

Even state lawmakers who supported the bill knew this: the caveat that the two final wage hikes (to $13.50 per hour in 2025 and $15 in 2026) be re-approved was actually a compromise. Many state senate Republicans and Democrats argued enacting a $15 minimum wage would especially burden rural employers and their employees, and instead pushed for additional deliberation over the final two increases and a commission to study the feasibility of a regional minimum wage.

Such an aggressive hike will leave employers of minimum wage earners, a majority of whom are in the restaurant industry, struggling to adapt while profit margins remain razor-thin and leave little room for rapid change.