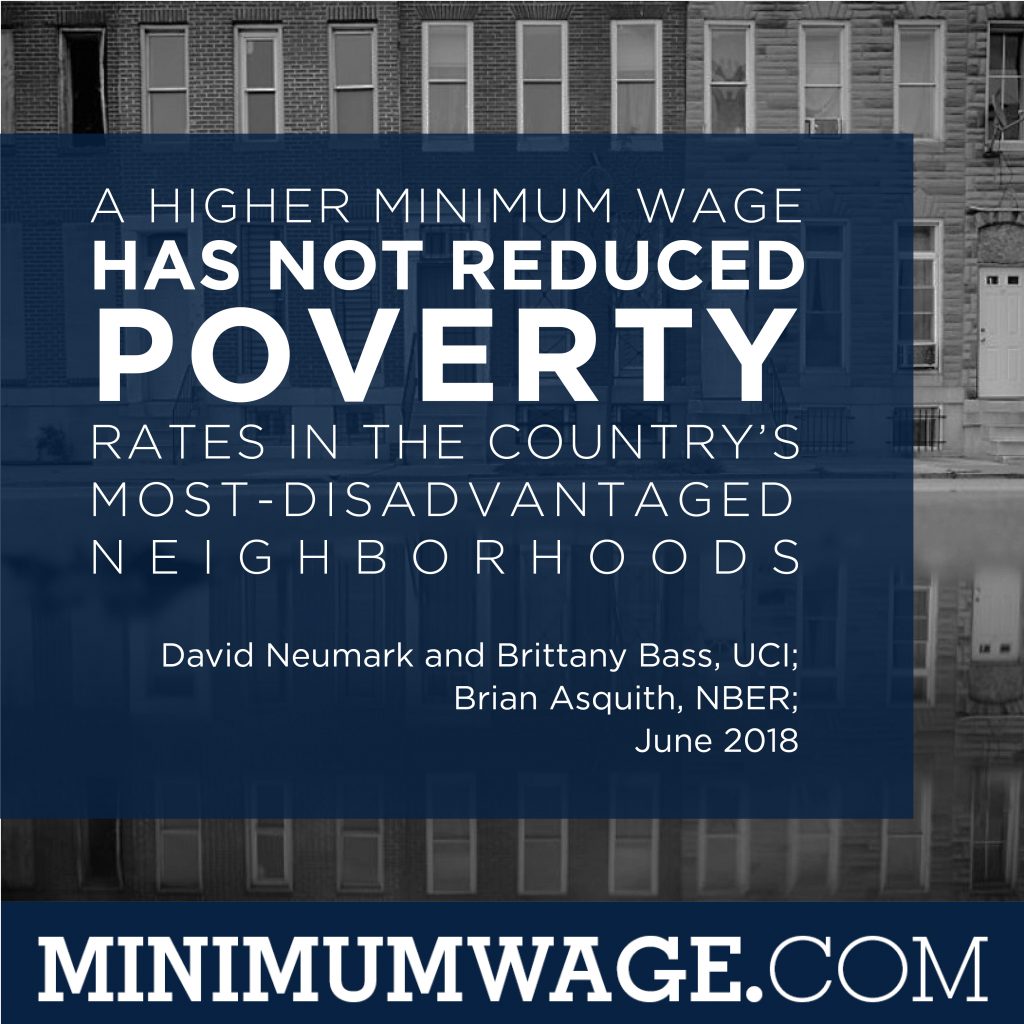 Decades of economic research and policymaking have focused on minimum wages, tax credits, and welfare programs as essential tools to improve the lives of struggling and disadvantaged Americans.

In this new study, economists David Neumark and Brittany Bass of the University of California, Irvine, and Brian Asquith of the National Bureau of Economic research, measure the long-run effects of minimum wages, the Earned Income Tax Credit (EITC), and welfare programs on reducing poverty in disadvantaged areas.

This research is necessary because, according to Neumark et al., debates about these anti-poverty policies focus on short-term effects of individuals and their families instead of disadvantaged areas more broadly. The researchers simultaneously study four effects of minimum wages, EITC, and welfare programs: earnings, employment, poverty, and reliance on public assistance. The resulting data are used to estimate the effects of these policies on disadvantaged neighborhoods over the past three decades, which offers insight into how policy influences their long-run success or failure.

The researchers’ most notable conclusion is that neither a higher minimum wage nor more-generous welfare benefits have reduced poverty rates in the country’s most-disadvantaged neighborhoods. In fact, the authors find some evidence that poverty rates and the share of residents on public assistance have increased alongside a rising minimum wage. (They also find some evidence that, for disadvantaged neighborhoods, the long-run effect of more-generous welfare benefits has been to increase poverty and receipt of public assistance.)

To put this in practical terms, it means that each $1 increase in the minimum wage has, in disadvantaged neighborhoods over the past three decades, increased poverty rates and the receipt of public assistance by roughly three percent.

These results call into question one of the most oft-cited talking points in favor of raising the minimum wage—that it will reduce poverty and in turn reduce public assistance.  The net effect of a rising minimum wage could be to further reduce workplace opportunities for those workers who need them most.

Ultimately, these data offer critical insight to policymakers who genuinely seek to reduce poverty. These findings cast serious doubt on whether the normal poverty-reduction policies–minimum wages and welfare programs–actually contribute to increased employment, reduced poverty, and higher household earnings. Indeed, this study should give pause to any level of government interested continuing or expanding such policies.

July 1st Minimum Wage Increases: What You Need to Know